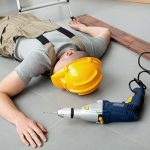 As a personal-injury-Attorney-West-Palm-Beach-FL, I am amazed by the way that people involved in accidents evaluate their cases. For instance, I have heard prospective clients say that a friend or a relative has received $10,000.00 from a car accident, and as a result they expect to get that same amount. Some have demanded the policy limit that the tortfeasor (at-fault person) possesses. Clearly, many people have no idea how to evaluate the monetary damage of a personal injury automobile accident case. As such, this article will focus on the proper monetary evaluation of a car accident case.

The first factor in one’s evaluation is to determine liability. More specifically, the other person that was involved in the accident has to be at fault. As commonly known, once an accident happens, the police are immediately called to the scene. For the most part, the police are sent to the scene of an accident, but in some instances a Community Service Aid (CSA) is also sent in lieu of a police officer. Upon the arrival at the scene of an accident, a police officer has many duties. One of the most important duties is to investigate the accident. As part of the investigation, the police may do the following: 1) have discussions with the people involved in the accident, 2) have discussions with witnesses to the accident, and 3) evaluate the accident scene. As a result of the investigation, the police may give a citation to the party at fault. It is important to note that Florida has the Accident Report Privilege Statute; Statute §316.066(4), states “each accident report made by a person involved in an accident and any statement made by such person to a law enforcement officer for the purpose of completing an accident report required by this section shall be without prejudice to the individual so reporting. No such report or statement shall be used as evidence in any trial, civil or criminal”. Ultimately, statements made to the police are not admissible in court. That’s why you need a Personal Injury Attorney.

Although a citation is not admissible in civil trial and for the most part statements made to police during an accident investigation is protected by the Accident Report Privilege Statute, the citation can reveal who the at fault party is. Essentially, the police may give the tortfeasor (person responsible for the accident) a ticket for such violation as following too closely, reckless driving, or improper passing.  The citation and police report are key tools in determining the at-fault party. Other tools are witness statements and in rare occasions, an accident re constructionist, an expert who attempts to determine how the accident occurred. Once the at-fault party is determined, the first element is met. For someone to have hope of recovering damages, it must be proven that the accident in question was due to the fault of the other party involved.

The next factor in one’s evaluation is to determine the automobile insurance coverage that exists amongst the two parties. In Florida, all drivers are required to carry Personal Injury Protection (PIP) insurance. PIP, also referred to as the Florida No Fault Insurance, covers a person’s medical bills up to $10,000.00, regardless of who is at fault. The PIP benefits are paid by your own insurance company. This is important because the injured person can immediately obtain medical attention and know that their medical bills will be paid. However, the most important information in this factor is that the tortfeasor has Bodily Injury coverage. Bodily Injury coverage, also known as BI, is the monetary amount in a tortfeasor’s insurance policy that covers the non-tortfeasor for their injuries, pain and suffering, medical bills, and future medical bills. Essentially, BI insurance coverage compensates the non-tortfeasor for their injury caused by the tortfeasor.

It is important to note, however, that while the tortfeasor may have BI coverage, the non-tortfeasor is limited to the limit of the policy. For instance, let’s say that the tortfeasor possesses a BI coverage with a limit of $25,000.00. This means the insurance carrier is only responsible for damages up to $25,000.00 caused by the torfeasor. Even if there is death, lost of body parts, and/or even permanent impairment, the insurance company is only responsible for $25,000.00 to the non-tortfeasor. This scenario was evident in one of my cases, where a 14 year old child was a passenger of a car that was rear ended by a tortfeasor. The impact was so violent, it left the child permanently paralyzed and unable to walk. The tortfeasor policy was only $10,000.00 so they had to settle with the $10,000.00 given by the insurance carrier even though their past and future medical bills alone will be far more than that tendered amount. The second part of this factor is whether the non-tortfeasor has Uninsured Motorist (UM) coverage. Since becoming involved in Personal Injury car accident cases, I have advised all who would listen to assure that their policy includes UM coverage. Uninsured Motorist coverage protects the non-tortfeasor from the tortfeasor that is either uninsured or underinsure. As we know, in Florida, many people are driving without insurance. It is important that you take the necessary steps to protect yourself from those people who are not insured or who are underinsured. The UM policy takes affect if the person that is responsible for the injuries does not possess insurance or the coverage is not enough to cover your injuries, pain and suffering, medical bills, and future medical bills. In the example I gave earlier of the 14 year old that became paralyzed from a car accident, once the tortfeasor’s $10,000.00 was tendered, the child can now receive money from the UM policy. Nonetheless, there are also limits with the UM coverage as the child only receives the limit of the policy.

The third factor is the damages of the non-tortfeasor. It is without saying that the greater the injury, the more potential of a larger settlement of the case. In the case of the child who became paralyzed due to the accident, the potential to settle at a higher monetary value is greater than someone who was simply involved in a fender bender. In the paralyzed child’s case, the child will require surgery and continual medical care; not to mention pain, suffering, and permanent impairment. The child will no longer be able live life in the same way as before the accident. However, one must still be aware that the limit of the coverage applies. For the most part, damages are determined by a combination of things. First, if the injured person went to the hospital after the accident, the hospital doctors will be able to determine preliminary injuries. Next, the injured person will most likely need to see a chiropractor. The chiropractor will treat the person until he or she reaches maximum medical improvement. The chiropractor will determine the extent of the injury and possible remedies. In addition, while being treated by the chiropractor, an MRI will be performed. The MRI is probably the most significant tool to determine the non-tortfeasor’s injuries. Next, depending upon the severity of the MRI findings, an orthopedic surgeon or neurologist may be recommended. Along with the non-tortfeasor’s primary care physician, the treating doctors will determine a plan of action to repair the damages. If the recommendation is surgery and surgery is performed, then there will be a greater chance for a larger monetary settlement.

The last factor is what we call causation; the injury must be related to the accident. While that may seem an easy thing to prove, it may prove to be daunting when there is little damage to the car. In most serious accidents, it is easy to determine the accident caused the injury. For example, imagine an accident on I-95, where the front of the car is severely damaged, where the jaw of life is used to extract someone. Clearly, the injury resulted can easily be seen in that the accident caused the injury. However, the task of proving causation becomes daunting when the accident does not appear severe. For instance, what may appear as a fender bender can cause someone a herniated disk. In situations similar to this, insurance companies are quick to say that there were preexisting conditions.
Furthermore, if there were previous accidents, they will be quick to conclude that the injuries were caused by
the previous accidents.

Ultimately, the four factors determine how one evaluates the monetary value of a case. Each accident has its
unique fact pattern that will fit into those factors. In applying these factors, one can better evaluate a case.